The late 1980s saw the considerable rise of horror fiction for young adults, and R. L. Stine stood at the forefront of this new wave of teen terror. The success of the author’s first stab at horror, 1986’s Blind Date, helped pave the way for his ambitious and interconnected series FEAR STREET. Starting in 1989, FEAR STREET recounted the creepy occurrences that took place all too often in Shadyside. The books’ namesake is notorious among the townspeople, seeing as how it and anyone who dared live there, are supposedly cursed. The source of so many nightmares incidentally provided a whole generation of young readers a place to go when they wanted to safely step outside the light and into the dark.

For roughly a decade, Stine subjected the teenagers of Shadyside to unspeakable evils. The series may seem like a thing of the past, but like evil, some good things never die. With a much-anticipated three-movie adaptation hitting Netflix next month, it’s a better time than ever before for former fans, as well as the uninitiated, to pay Shadyside a visit and learn of all the horrors that await them…on FEAR STREET.

No town in literature has a reputation quite like Shadyside. The residents of this ill-fated community know bad things happen there – specifically in and around Fear Street. Financed by and named after the Fear family, the ominous area is located on the southern end of Shadyside. The street’s biggest landmark, the Fear Mansion, is also its greatest eyesore; the scorched property is a reminder of the curse that follows the Fears. FEAR STREET is no impulsive anthology where everything happens without reason or rhyme; Stine goes to great trouble to explain why the town is so damned. He touches on the Fear Curse, not only in the main series of books but also more thoroughly in the offshoots and spinoffs. The most notable of these is FEAR STREET SAGAS, a sixteen-part series dating back to the Fear Family’s prominence and downfall. This set of books – largely ghostwritten by Brandon Alexander, Cameron Dokey, Wendy Haley, and Eric Weiner – are harder to find nowadays, but they provide ample context when wondering why present-time Shadyside is so doomed.

A Variety of Horrors

Back when YA horror was in fashion and being churned out on a monthly basis, avid readers had a buffet of authors and stories to choose from. Whatever someone was interested in, whether it be hauntings at home or simple whodunits, Stine most likely wrote about it at least once. He never felt pigeonholed, and he tackled a multitude of subjects all housed under the horror umbrella. His most tried-and-true category in FEAR STREET involves murder mysteries that plague Shadyside High School’s student body. Classmates are constantly threatened and killed on or off-campus, and it is usually up to them to solve the case because adults are absolutely unhelpful in these books. These more practical tales are not fangless, either –readers can expect at least one startling twist in almost every one of them. When Stine steps away from the more basic thrillers, he occasionally dabbles in the supernatural. Fans encounter ghosts, vampires, werewolves, and even a mist that consumes anyone it touches. There is a little bit of everything for everyone.

It’s no secret teen-aimed horror had already come to a crawl by the time FEAR STREET started up. Even big hitters like A Nightmare on Elm Street and Friday the 13th struggled to stay relevant in the uncertain climate of late ’80s/early ’90s horror. Slasher loyalists were especially left high and dry with only meager pickings here and there until the post-Scream resurgence. Meanwhile, FEAR STREET picked up where movie studios left off. Teenagers who used to flock to theaters and video stores to get their next dose of jump scares had another viable option. Stine adapts the slasher format with relative ease and success, and he has a number of human menaces and spectral stalkers at his disposal. The body counts may be lower than the average slasher movie, but these are not sanitary stories; FEAR STREET gets grislier with every new book.

As far as anyone is concerned, FEAR STREET belongs with other fictional texts and media that depict the undoing of Americana. And Stine did this without even trying. Those who came of age with these books were fortunate since there is nothing like them today. The chances of capturing that zeitgeist again are impossible, but this gap between children’s campfire stories and adult horror challenges all the moralizing so common in the nineties. The author paints an ideal Middle America of attractive young people who play sports, make good grades, say no to alcohol and drugs, and remain reasonably chaste while growing up in an average town…and destroys it, bit by bit. Bad energy inhabits Fear Street and spills over into the surrounding areas. Although adults are oblivious or no longer susceptible to the influence, teenagers are not. It is a question of whether there truly is a curse on the Fears, and after the fire in 1900 that destroyed their mansion, did their innate misfortune scatter and become part of the town? Or is belief in the Fear Curse so widespread and genuine now, Shadyside’s young people are somehow summoning their own horrors like a ritual? Whatever the case may be, the teens are aware. They grow up in a place with an ominous legacy – one people do not talk about until it is too late – and they fight like hell to survive it.

The best forms of escapism collide with FEAR STREET – books and horror. Stine has stated he does not like to include too much real-world horror in these books; he avoids heavier topics out of respect for the young folks turning the pages who just might want to forget about their realities for a couple of hours. With Stine intentionally foregoing intense character development, he allows his readers to fully project themselves onto the protagonists with more ease than other YA books. It is a practical way to ensure total immersion in the stories. Numerous and horrible things beset Shadyside’s youth on the regular, but at the end of every book, there is a glimmer of hope. The evil has waned, the spirit is released, the killer is apprehended, and like a lot of horror movies, FEAR STREET shows how the biggest of challenges are surmountable. Horror is about facing one’s fears. Stine understands this very well because almost every teenager in Shadyside has endured some extreme and scary trial. What they go through does not line up with average real-life problems, but everyone understands the lesson within. Growing up includes the conquering of fears, and these gateway books illustrate that teaching in their own unique ways. 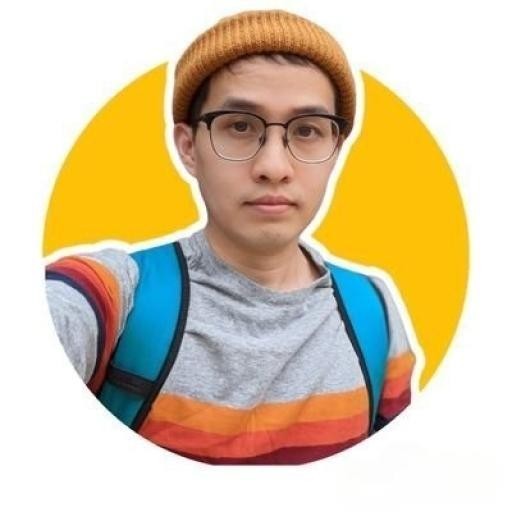 Paul Le
Paul Lê is a Texas-based freelance journalist, editor and columnist who specializes in horror, tokusatsu, and international cinema.