“11TH HOUR CLEANING” is a hell of a job; trailer, poster, release info

Mopping up after a crime scene leads to a confrontation with inhuman evil.

Screen Media has announced that it has picked up 11TH HOUR CLEANING, which will receive VOD and digital release July 5. The movie was directed by Ty Leisher and scripted by Leisher and Ed Morrone; the duo also produced and came up with the story with Eric Brodeur. “Chloe Brooks, Eddie Finlay, Anita Leeman-Torres, Morrone and Dave Baez star; according to the official synopsis, the film is “about a group of crime scene cleaners who struggle to escape a murder house. After becoming trapped by an ancient Nordic demon hell-bent on driving them insane, they must face their most personal regrets and fears through horrific hallucinations. As they uncover what truly happened to the murder victims, they struggle to escape their own deaths by finding and destroying pieces of a relic from Norse mythology that gives the demon power.”

“This film is the culmination of my childhood years spent tagging along with my parents, who cleaned foreclosed homes,” says Leisher. “As a result, telling this story was literally inherent in my DNA.” Adds Brodeur, “Our goal was to create a horror film with a unique premise steeped in lore as well as connect the audience to the characters in a way to consider some self-reflection. We’re proud to have accomplished this with a rapid development and funding cycle as a template for future projects.”

“We’re always on the hunt for original, genuinely scary horror content, and 11TH HOUR CLEANING really delivers,” says Screen Media in a statement. “We look forward to our genre-loving audiences discovering this gem.” 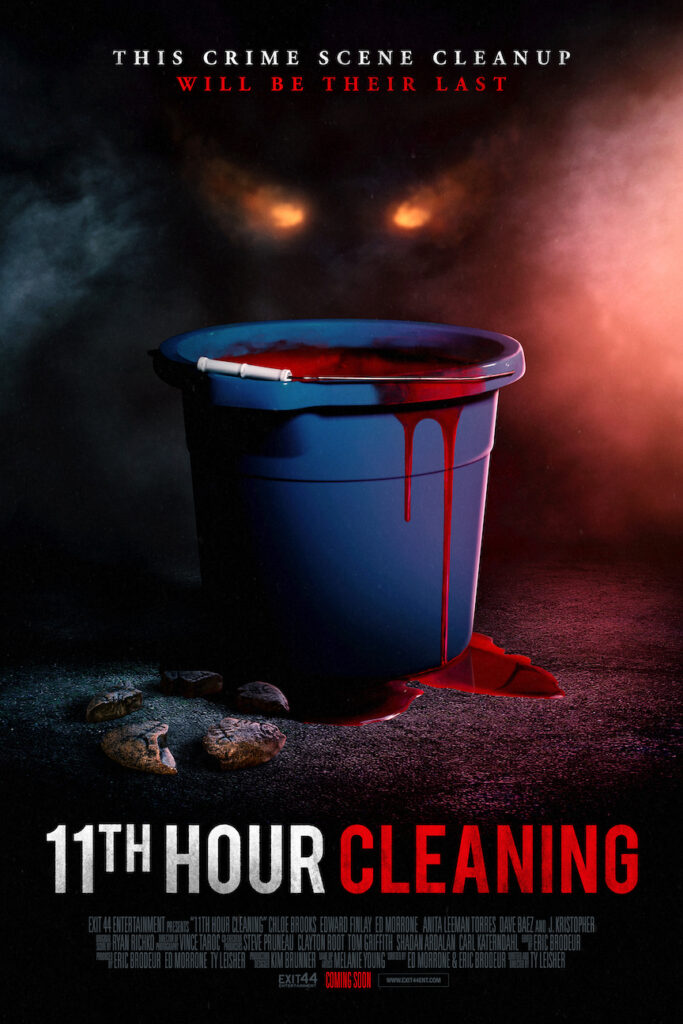