Fantasia ’17 Review: Gory GAME OF DEATH toys with you 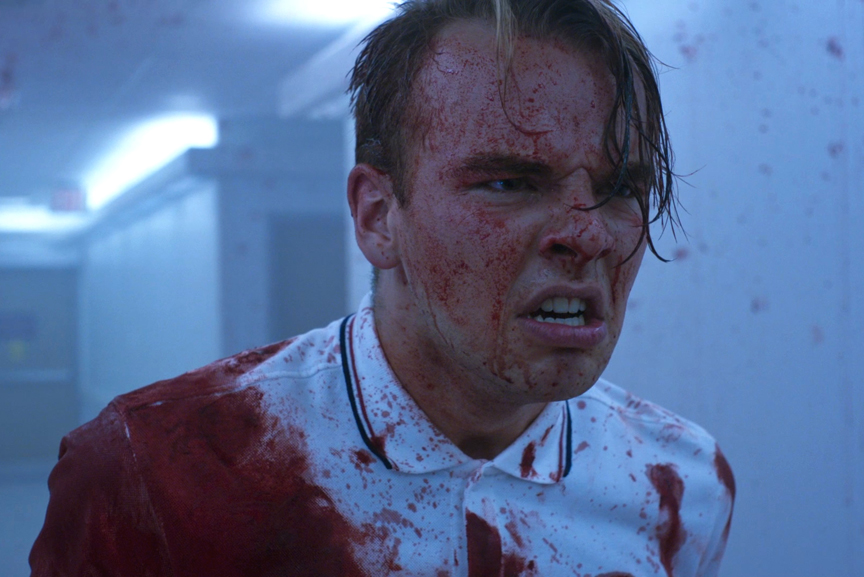 Starring Sam Earle, Victoria Diamond and Emelia Hellman
Directed by Sébastien Landry and Laurence Baz Morais
Written by Sébastien Landry, Laurence Baz Morais and Edouard H. Bond, adapted by Philip Kalin-Hajdu
Blackpills
GAME OF DEATH starts with a huge vow of carnage to the audience. In fact, the film’s very premise entices us with a guaranteed body count! Though it is one hell of a fun midnight-movie gorefest, it doesn’t quite deliver all the corpses it promises.
The setup is simple: A group of spoiled young millennials are spending a day drinking, smoking and Snapchatting by the pool, without a care in the world. Their pizza-delivering drug dealer drops by with some party supplies, and then fun then really takes off. Or, at least it should. These bored kids are not quite satisfied with their constant leisure, so when they find a mysterious board game, they collectively decide to take it for a spin. 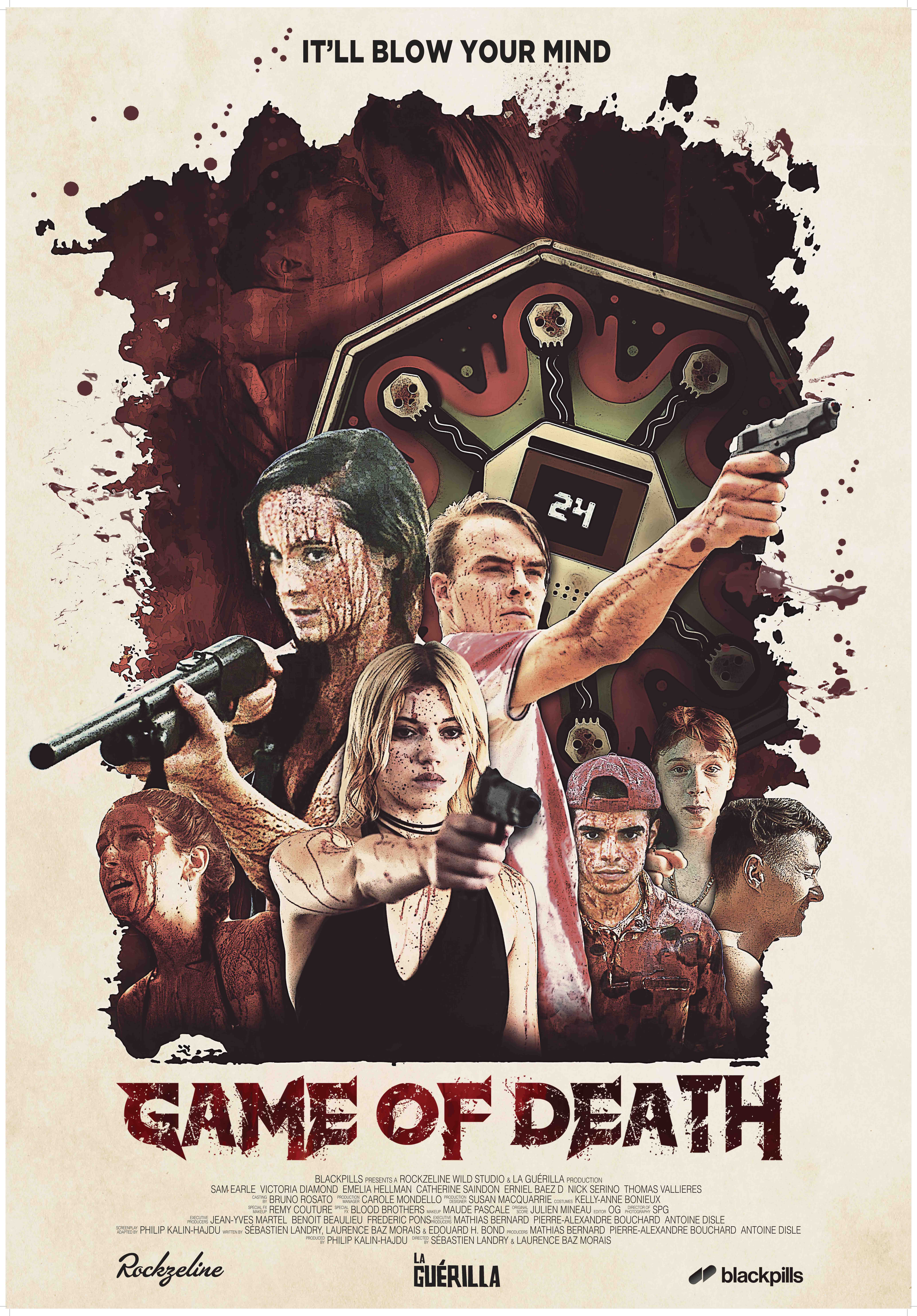 This Game of Death does not look like innocent fun. Its menacing plane of play has a small 8-bit screen embedded in a skull, surrounded by other skulls. The pizza guy knows this is bad news, but the sheltered kids who think being edgy is a hobby decide to keep on playing. The rules are as dark and simple as the game’s ominous, macabre interface: The number “24” appears on the screen, and that is the gang’s target body count. As each number counts down, they are given the option of killing someone or randomly being killed themselves. But this is crazy, right? The game cannot possibly kill a person; it’s just laminated cardboard and plastic. Or so they think, until one of their heads explodes in a plume of blood and brain matter.
The countdown clock. The all-knowing, all-seeing, otherworldly force. The hotheaded teens, each taking on a firmly stereotypical persona. It is easy to see where GAME OF DEATH is taking the audience, and we the audience buckle in for the gory ride.
The vast majority of the film is incredibly entertaining. Directors Sébastien Landry and Laurence Baz Morais wisely focus more on the absurdity of the situation, the flowing blood and comic relief throughout the movie (which began life as a series of webisodes), rather than mucking up the proceedings with gratuitous emotions or weighty ethical conundrums. This emphasis on levity in what would be a truly dire situation in the real world makes GAME OF DEATH a stellar new option as a midnight movie for a bloodthirsty audience.
However, the movie stops short of quenching that thirst as it comes to a close. Not to include any major spoilers, but it is disappointing that GAME OF DEATH doesn’t deliver all the blood promised in the final act. Just when the killing is getting good, the brakes are pumped and a stylistic switch is applied. This isn’t a huge thematic reversal, as it is set up earlier in the movie, but it is a bummer for those hoping for the action to continue delivering what it was delivering. We’re having so much fun up to this point!
This isn’t to say that GAME OF DEATH is a complete loss. The large audience at the Fantasia International Film Festival seemed to be having a grand time with it, and the film is best savored with a rambunctious crowd. It’s just a bit of a pity that GAME OF DEATH doesn’t entirely pay off on all that it promises.
(Warning: This trailer is NSFW…)